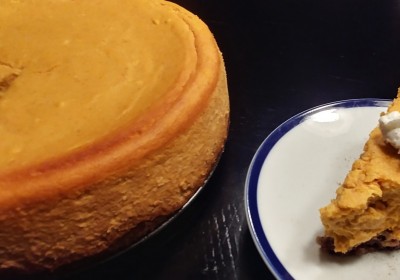 In the quest for a dessert that was keto friendly enough to fit my macros while also being convincing enough to share with non-ketoers over the holidays, cheesecake seemed like an obvious option. Cream cheese and eggs, the main ingredients of most cheesecake fillings, are low carb as is, and swapping out the sugar for a keto friendly option like Lakanto or Swerve is pretty straightforward. With Thanksgiving just around the corner, I wanted to go for something seasonal, so fall flavors seemed like a good choice. And thus this keto pumpkin spice cheesecake was born!

I have to be honest, pulling this cheesecake out of the oven was probably one of my proudest moments of keto baking (even though the top cracked just a little…). The orange color is perfect for the season, the taste gives no hint that this is a “diet” dessert, and holiday or not, 3 net carbs is pretty easy to squeeze into my macros. 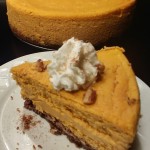 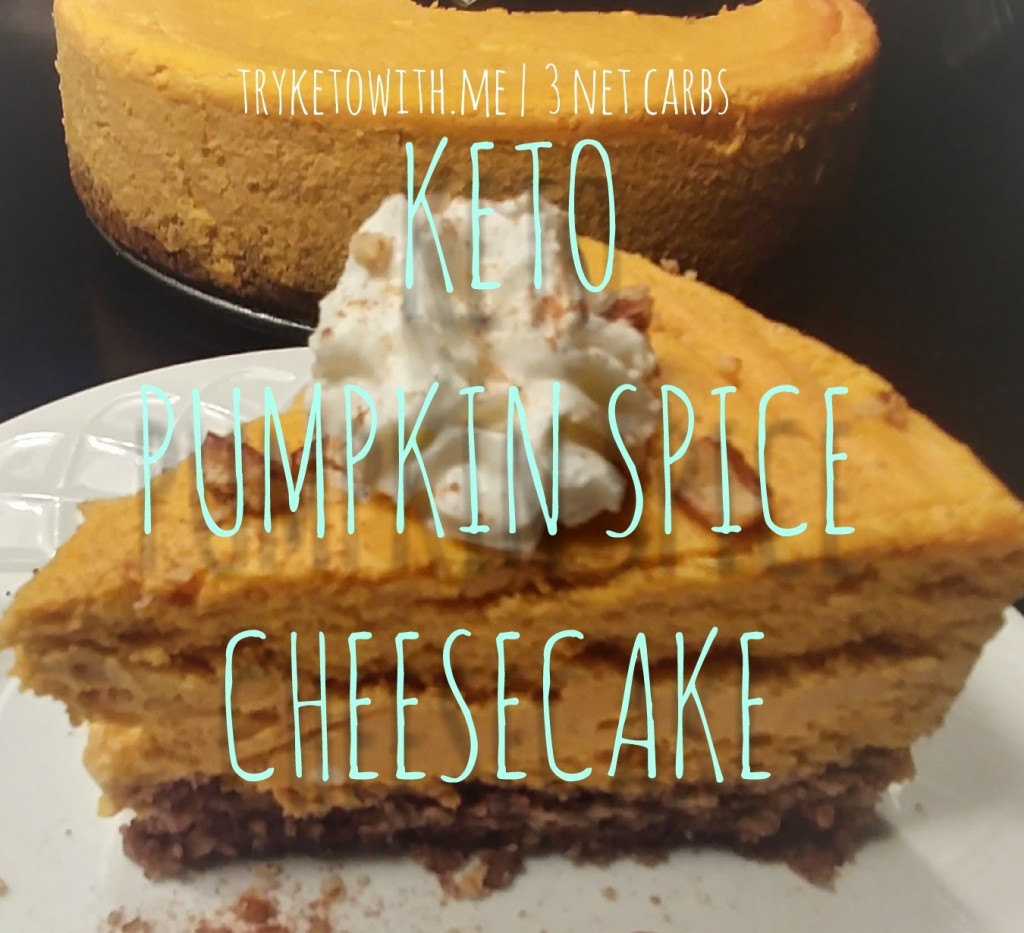