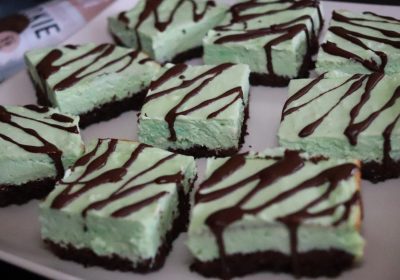 I learned pretty early on in my keto journey that cheesecake is one of the easiest desserts to “keto-fy.” The base ingredients of cream cheese and egg are keto friendly as is, so in many cases all you need to do is swap out the sugar for a keto friendly sweetener. Low carb cheesecake crust recipes can get a little trickier, which is why this keto mint chocolate cheesecake bar recipe initially used a basic cookie crust. Unfortunately, the low carb cookies I used originally were discontinued recently.

Of course, that didn’t mean the end of these keto mint chocolate cheesecake bars! Making a DIY low carb chocolate crust is actually pretty simple. The main ingredients are blanched almond flour and melted butter, keto baking staples. Add some cocoa powder for chocolate flavor, vanilla for balance, and a little sweetener. Then just prebake it before adding the filling, and you’ve got the perfect chocolate crust! 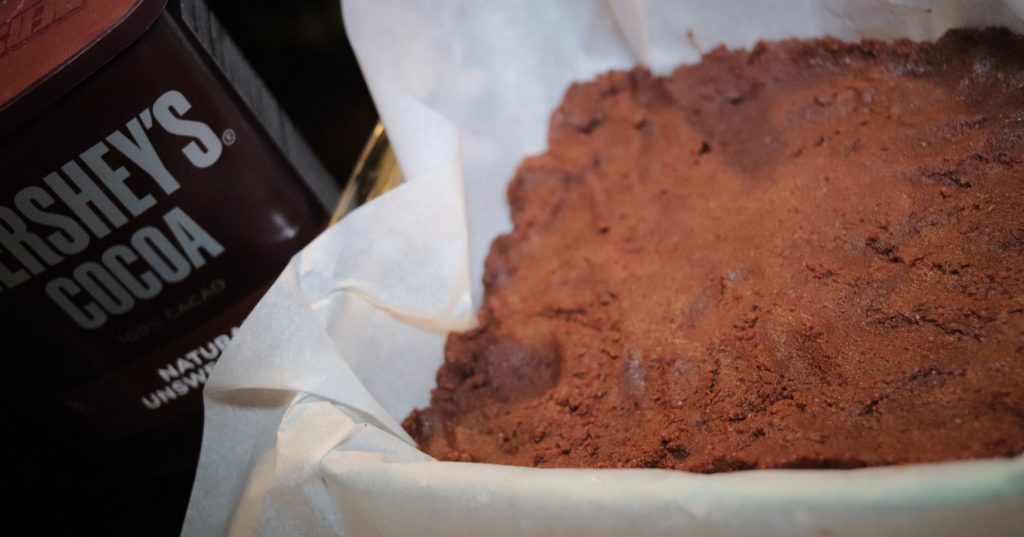 As I mentioned earlier, the cheesecake filling itself is super simple too. In fact, It only takes a handful of ingredients: cream cheese, eggs, sweetener, vanilla, and mint. You can also add a few drops of green food coloring, but that’s totally optional. Either way, it’s easy to whip up while your crust is baking so you can minimize your time spent waiting. Like most cheesecake recipes though, these keto mint chocolate cheesecake bars still need some chill time.

I chose to stick with squares instead of a full cheesecake because it cuts both the bake and chill time down significantly. This recipe takes less than 30 minutes in the oven and two hours to chill. A full sized cheesecake can take two hours in the oven, and need to be chilled overnight. The relative speed means you can easily make these keto cheesecake bars at lunchtime to enjoy an after dinner treat. 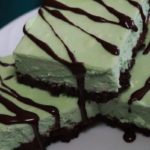 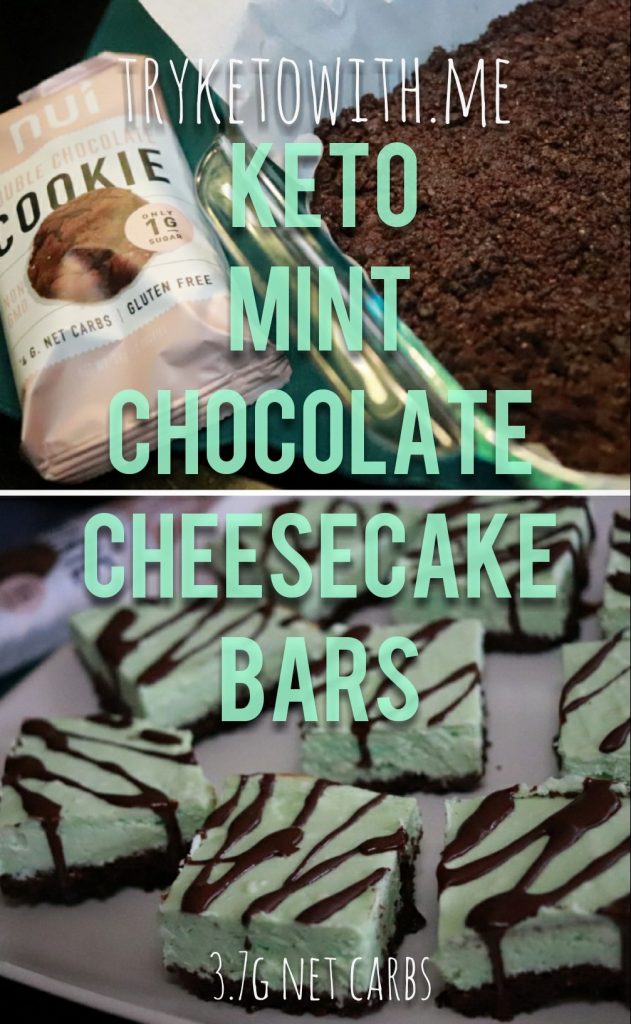 So many #lowcarb goodies in this month's @theketob

#lowcarb cheese sticks popped out of he freezer an