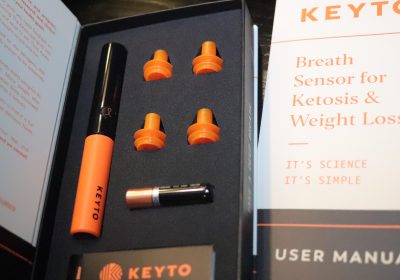 Whether you started off checking in with the infamous keto strips or went for the more accurate ketone blood meters, it’s pretty common to want some confirmation that you’re actually in ketosis. Ketone tests can help you make sure you are staying within your carb limits and on track to reach your goals. They can also help to give you a heads up when it comes to hidden carbs or “low carb” ingredients that actually kick you out of ketosis.

Recently, the brand Keyto reached out to share their new device for testing ketosis. Rather than testing blood or urine, the Keyto meter tests your breath to determine whether or not you are in ketosis. This means that there is no need to prick your fingers, handle bodily fluids, or keep buying boxes of strips. It sounds like a pretty good option in theory, but does Keyto actually work? I’ll share some of my thoughts in this Keyto review!

What Does Keyto Test?

First up, I wanted to understand what Keyto actually tests for. Obviously, it’s not checking for ketones in your blood or urine. Instead, Keyto tests your breath for a chemical called acetone. Acetone is produced as your body burns ketones, and much of it is eliminated through your breath when you exhale.

Since breaking down more ketones leads to higher acetone levels, the amount of acetone in your breath should be related to your level of ketosis. The Keyto breath meter connects to an app that calculates your approximate level of ketosis based on that acetone reading. 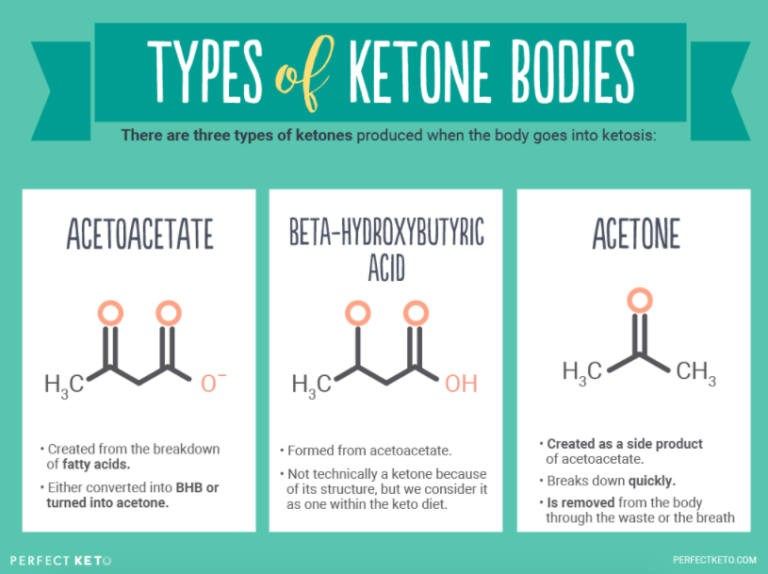 How Accurate Is Keyto?

So just how accurate is Keyto for measuring ketosis? I used it for a few weeks and compared the results to what I got with my Keto-Mojo meter. Directly measuring BHB in the blood is obviously the most accurate method, but if the Keyto results are close then it could be a good alternative way to test for ketosis. Here’s what I found out during my Keyto review:

Is Keyto Easy To Use?

Yes! Once you install the app and pair the device via Bluetooth (an easy process), a Keyto test takes just a few minutes from start to finish. Here are the steps:

The most time consuming part is the wait for it to calibrate. I suspect it’s taking a reading of the surrounding air so that it has a baseline to compare your breath to; that’s why breathing into the device too early will lower your score. The only other tricky part is making sure to exhale fully.

Keyto vs. Other Tests

I haven’t used ketone urinalysis strips in a while due to their accuracy issues for keto-adapted people, but I’ve used them before and am familiar with how they work. My Keto-Mojo is how I usually test ketone levels, so of course I’m familiar with that testing method too. With that in mind, here are the major pros and cons of the Keyto breath meter vs. other ketone tests from my Keyto review:

Is Keyto Worth the Price?

So how much does Keyto cost and what do you get? There are two options:

The premium Keyto app is $96 per year on its own, which works out to $8/month. Many other keto meal plan or food guide subscriptions cost more than that, so if the features are appealing to you it could be worth it.

Focusing on the device only kit, I think Keyto is an especially good value for people who want a balance between accuracy, frequency, and affordability. The higher upfront cost is balanced by the fact that you won’t need to keep buying strips. If you plan on testing your Keyto Level regularly, those savings will add up over time.

So what is my final Keyto review? After several weeks I am pretty impressed with my Keyto breath meter! It’s less precise than blood testing and takes a little longer, but I really like having it as an option. It’s perfect for those occasions when I don’t want to waste a blood testing strip or just need a quick confirmation rather than an exact ketone measurement.

Keyto is also helpful for tracking trends throughout the day to learn how different food, activities, and other factors impact my level of ketosis. Because ketone strips cost money, I usually don’t test with them multiple times per day unless I’m doing a specific experiment. With the Keyto, there’s no additional cost to testing before and after meals or exercise, every few hours, or basically whenever I’m curious. I think that has benefits for people like me who have been keto for a while. It’s also good for beginners who just want to make sure they are on the right track without getting too bogged down in the details.

Where to Buy + Keyto Discount

The Keyto device is currently available directly on their website here. The Keyto app is available from Google Play for Android devices, and on the App Store for Apple devices.

For additional savings, you can use the code TRYKETO20 to save 20% on your Keyto purchase at checkout!