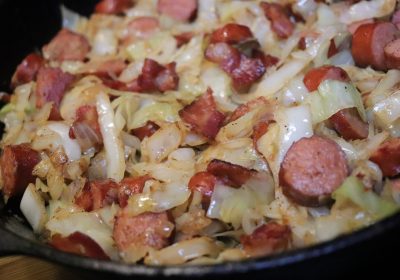 Cabbage is one of those veggies I used to be convinced that I would never like. I thought it was fine raw in a slaw or salad, but cooked? No thanks! Thankfully, it turns out that my problem wasn’t really with cooked cabbage. The issue was just the bland, mushy boiled cabbage that I was used to seeing around. It turns out that if you cook it right, like in this keto fried cabbage recipe, it’s actually pretty delicious!

First things first: no boiling! Boiling cabbage can make it bitter and unpleasant. This recipe is called keto fried cabbage for a reason. It’s not fried in the traditional sense of being crispy, but it is sautéed in a mix of butter and bacon fat. These fats add to the flavor and texture, unlike boiling in water which can reduce both. 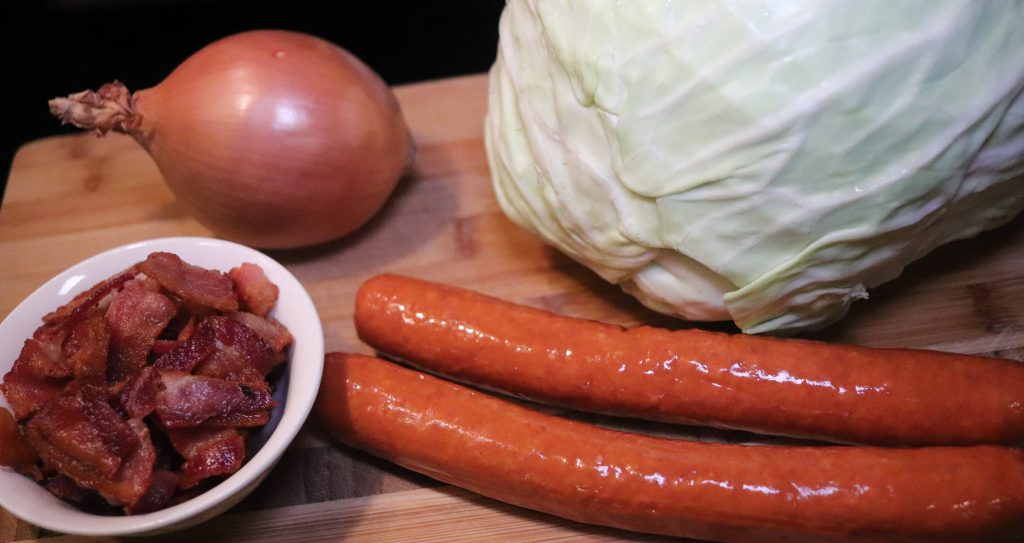 Next step: amp up the flavor! Salt and pepper are fine, but this cabbage is also cooked with onion, garlic, and red pepper. This makes the cabbage rich and savory instead of boring and bitter. It also compliments the sausage and bacon which we’ll get to in a moment. Just like the cabbage itself, the onion and garlic are sautéed to make them even more tasty.

Looking for other keto one pan meals with sausage? Try this Cheesy Keto Zoodle Bake with Italian Sausage. 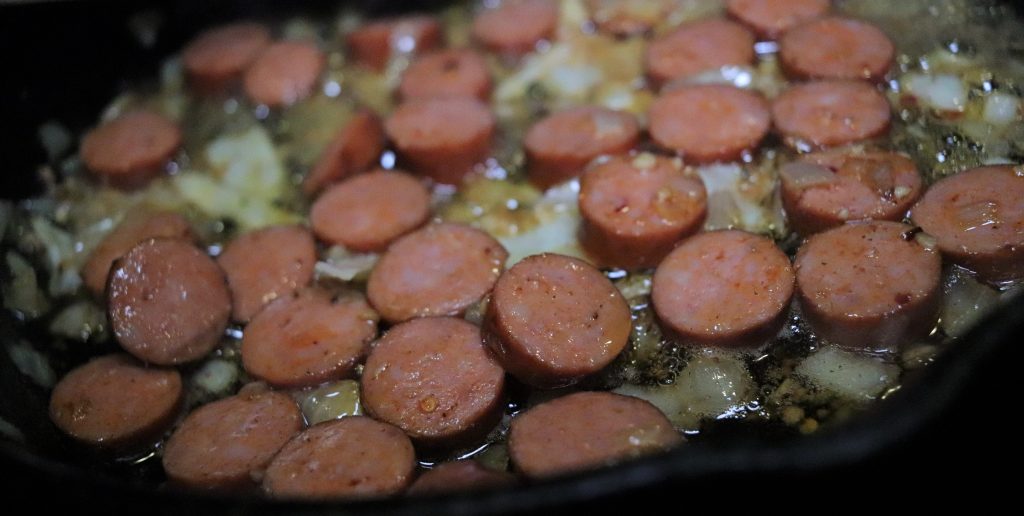 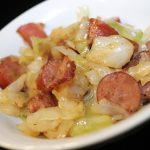 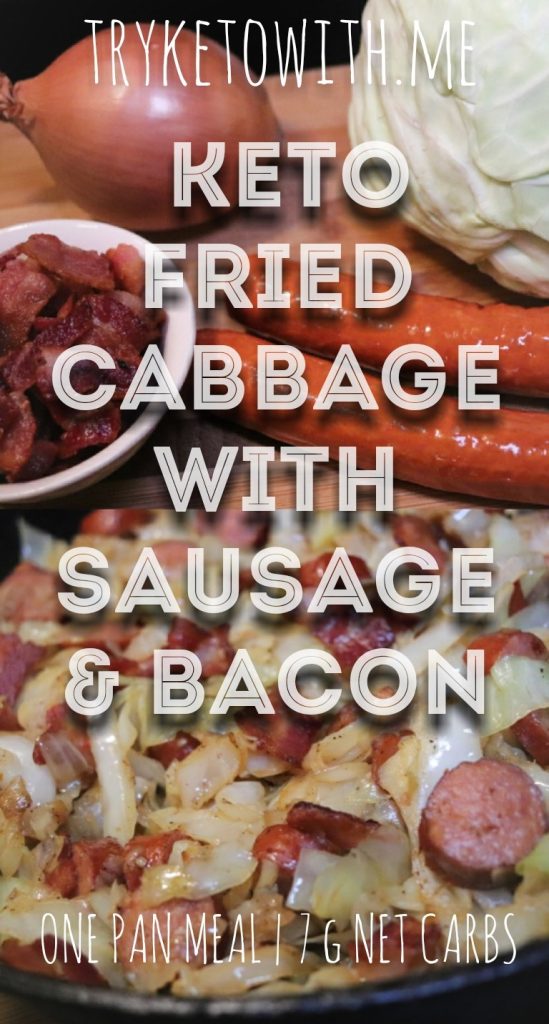