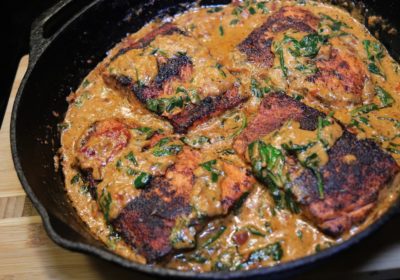 Salmon is known for its healthy fat content, which makes it a great fit for a keto lifestyle. I also love that there are so many ways to prepare it! I know baked salmon is a lot of people’s go-to option, but I love the results that you can get by searing it instead. This keto blackened salmon recipe takes advantage of that, using high heat and spices to create a nice crisp exterior. The cream sauce ups the flavor even more and is perfect for serving over veggies.

It would be impossible to make keto blackened salmon without a good spice rub, so that’s the first step here. Although technically you can use standard paprika, I really recommend sticking to smoked paprika for the best flavor. I also recommend using a cast iron skillet if you have one. It will help make sure your oil evenly heats and prevent sticking. With that in mind, cooking the salmon is as simple as brushing the fillets with butter, adding the spice rub, and searing in the pan. That’s it! 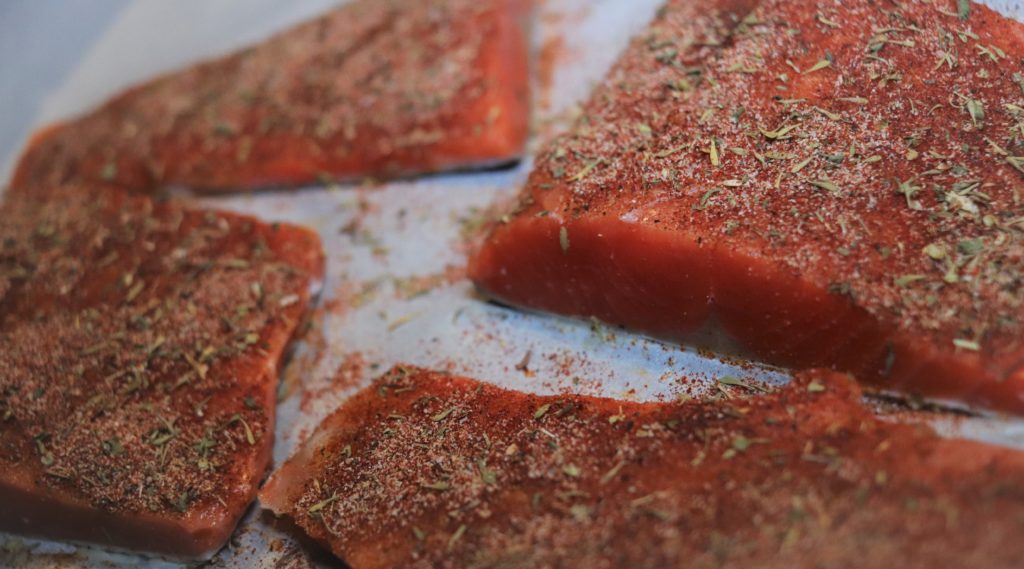 Once the keto blackened salmon is done, we can use the rest of the spice rub (and all the flavor left in the skillet) to make the sauce. Similar to my creamy keto parmesan crusted chicken recipe, we’ll saute some onion and garlic and then deglaze the pan with broth. Cream (of course) and parmesan will make the sauce rich and creamy to compliment the salmon.

Because of the veggies in the sauce, this dish works as a meal on its own. To really complete it though, I would recommend serving with another veggie side. Cauliflower rice is my personal favorite. You can also go for zucchini noodles, steamed broccoli, or roasted squash. 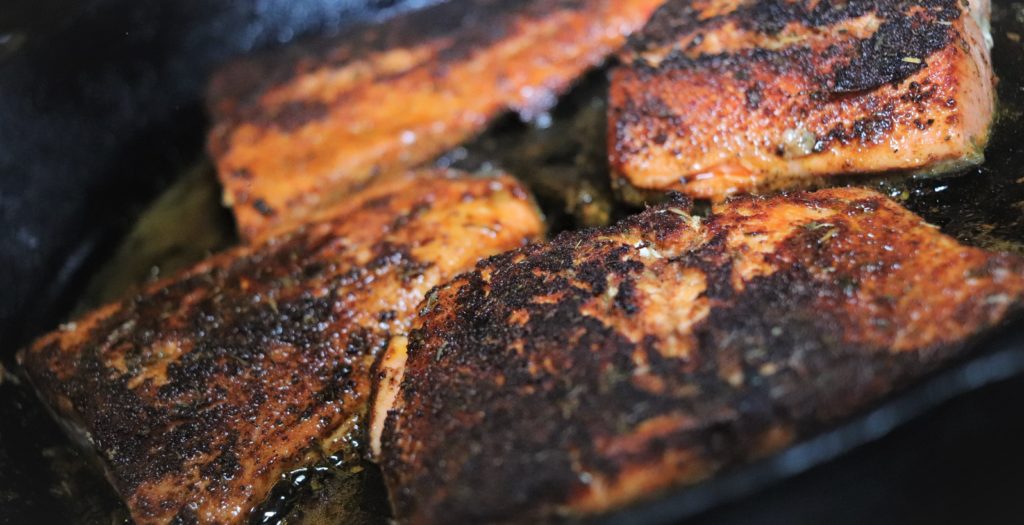 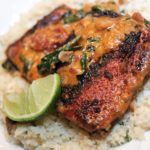 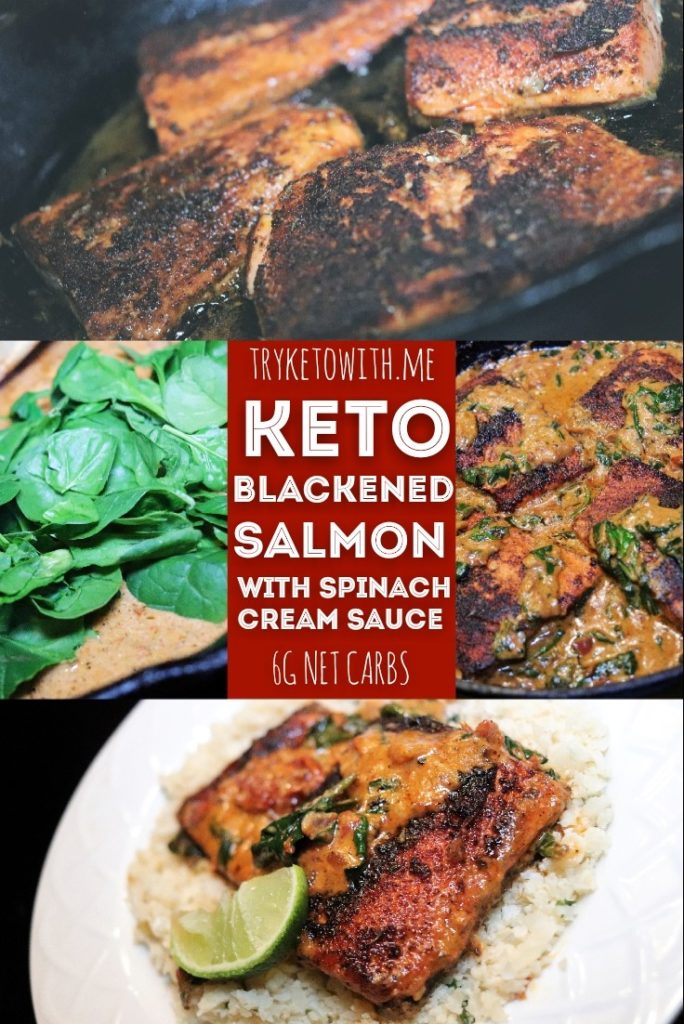