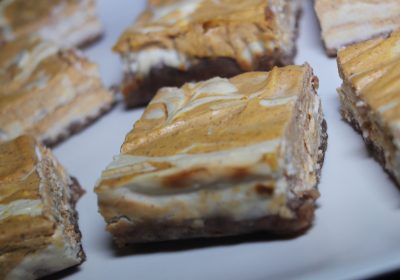 Cheesecake bars have become one of my go-to keto dessert options, since they make it so easy to manage portion size and carb counts. I’ve added these keto pumpkin swirl cheesecake bars to the rotation to have a more fall-friendly counterpart to the strawberry swirl and mint chocolate varieties. For this recipe, a slightly spiced maple pecan crust is topped with creamy vanilla cheesecake batter swirled with pumpkin. It’s quicker to make (and chill) than a full sized keto pumpkin spice cheesecake, with much of the same fall flavor.

I like using pecans for the crust because the flavor goes so well with pumpkin and fall spices. You can substitute them for walnuts, or simply stick with all almond flour if you prefer. I normally use blanched almond flour, but unblanched should work just fine for this too. While the crust is prebaking, you can get a head start on prepping the batter for these keto pumpkin swirl cheesecake bars. 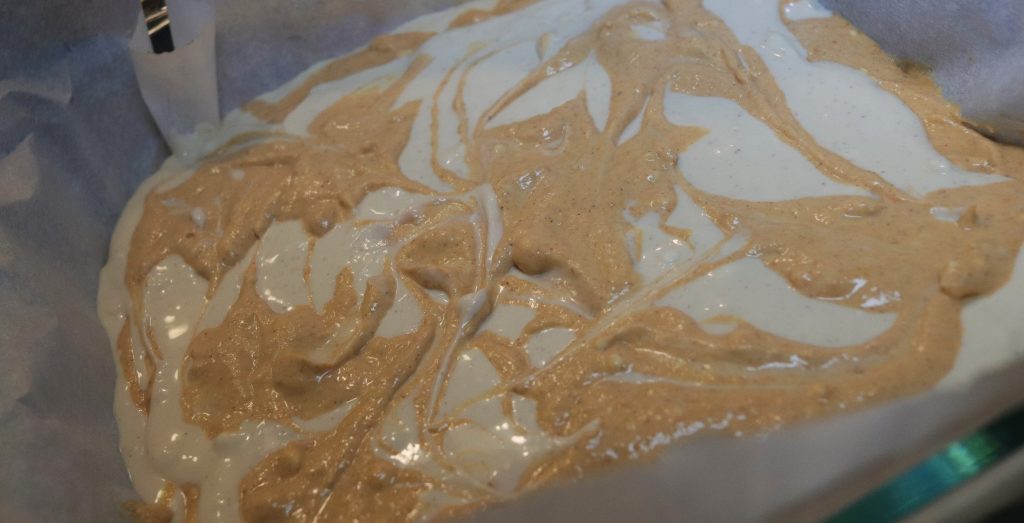 The “swirl” effect is easier to achieve then you might think. After prepping the cheesecake filling, simply combine a portion of it with pumpkin puree and a bit of pumpkin spice. Top the crust with the “plain” cheesecake, then swirl with dollops of the pumpkin mixture. For a simpler version, you can also just stick to simple layers. 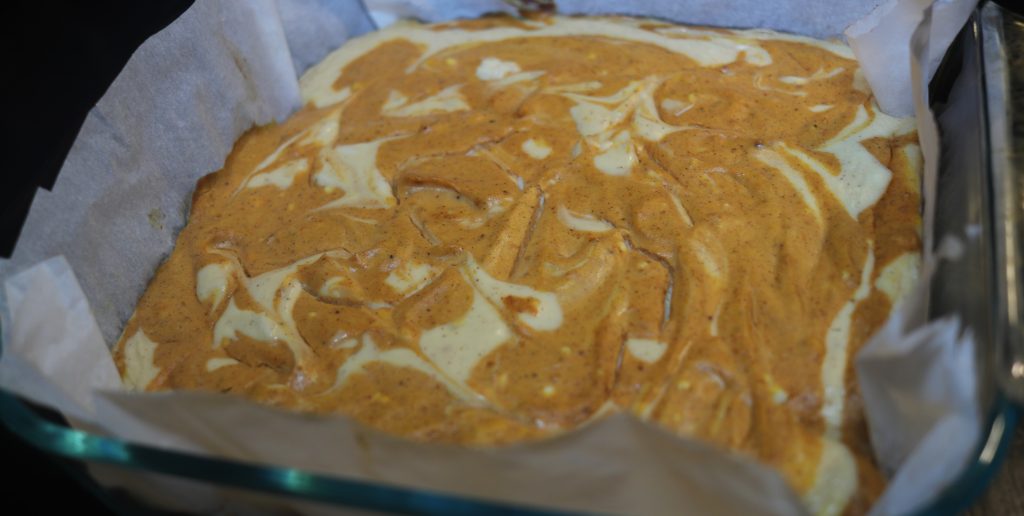 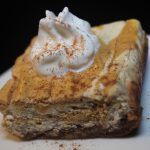 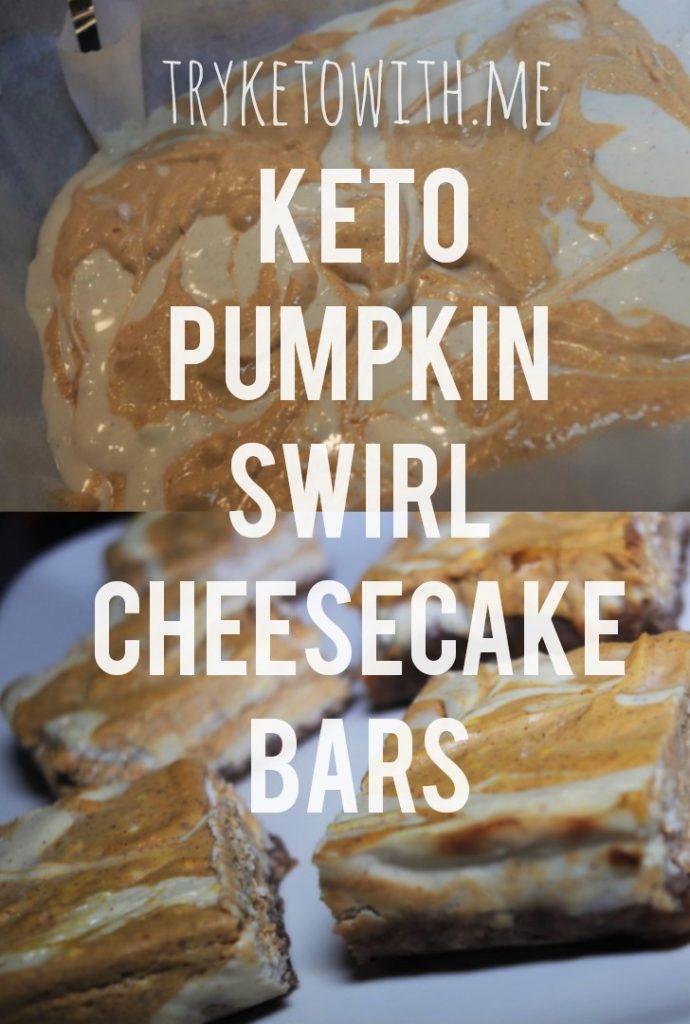