Why I Don’t Fight My Sweet Tooth 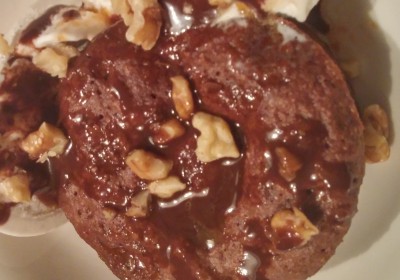 Ketoers everywhere can probably agree that foods like steak, almonds, bacon, and avocado are sensible (and tasty!) choices for LCHF eating. But when it comes to processed “frankenfoods” (like Quest Bars and low carb tortillas) or even homemade copycat treats (like my keto cinnamon roll pancakes) the consensus is a lot less clear.

Some people view the desire for something sweet or bread-like as a sign that you haven’t fully committed to eating keto. To them, eating keto-friendly replicas of carb laden foods is just reinforcing the cravings and weaknesses that made you overeat carbs in the first place.

And this philosophy isn’t even limited to “fancy” substitutions. A few weeks ago someone on Reddit asked for tips on ricing cauliflower, and among the (generally helpful) comments was one suggesting that if the person was really committed to keto, they wouldn’t have a desire to “rice” their cauliflower. As if changing the shape of the vegetable somehow adds magic carbs or makes it less healthy. (Spoiler: It doesn’t!)

I am obviously not one of these people who believes that low carb copycats and keto treats are a slippery slope to obesity. For me, if it fits my macros and keeps me sane and in ketosis, I don’t have a problem eating it.

My body doesn’t care if I eat my cauliflower whole and roasted or steamed and riced, but my mind certainly does. Eating almonds whole or milled into flour form doesn’t change the calorie count, but it does add new options to a way of eating that would otherwise be much harder to stick to.

For me at least, eating keto-fied versions of familiar foods makes me less likely to cheat, not more. When I started out, I thought I’d have a planned cheat meal every thirty days.  And yet here I am, having not even considered that thought in almost six months, because there is next to nothing that I crave badly enough to cheat for, and can’t make a tasty, keto version of.

Pizza, pasta, pancakes? Got ’em. Cake, cookies, ice cream? Several times a week. I don’t feel deprived, and that is what makes keto really work for me. With every other diet I’ve tried in the past, the question of cheating has been a matter of “when,”  but on keto, it’s a matter of “why?”

With that said, my story might not be your story. If avoiding keto sweets and bread/rice/pasta analogues makes your keto journey easier, then go for it! I’m a firm believer in “eat and let eat.” We get enough judgement from traditional dieters without adding to it by judging each other for choosing to enjoy (or to avoid) sweets and substitutes.