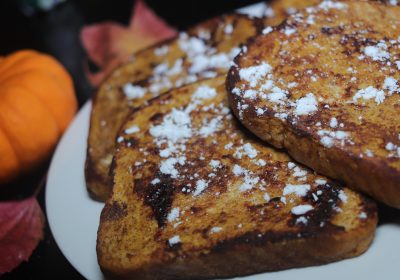 I promise this is my last keto pumpkin recipe for a while (or at least until next year!), but I think this keto pumpkin French toast is definitely worth an addition to the list. If you appreciate a little pumpkin spice with your low carb breakfast, it’s a quicker option compared to baking up a batch of doughnuts or pancakes. All it really takes is your favorite low carb bread and a handful of other ingredients to whip this up in as little as 15 minutes!

You can use either homemade or store bought low carb bread to make this keto pumpkin French toast. Just avoid options that are too spongey or cake-like in texture, which won’t hold up well when dipped in the batter. Premade options I have tried that work well include Chompies (available from Netrition), Kiss My Keto, and Natural Ovens (available online or in stores). As always when trying new premade “keto-friendly” products, I recommend using a tool like Keto-Mojo or Keyto to verify that you don’t get kicked out of ketosis.

With that settled, this keto pumpkin French toast is made like any standard French toast recipe. Just dip the bread in an egg/milk mixture flavored with cinnamon and vanilla. The extra kick of flavor comes from a combination of unsweetened pumpkin puree and pumpkin spice. You can also add a little extra sweetener to the batter if you prefer. Either way, simply coat the bread with the egg mixture and fry in a bit of butter until golden brown! 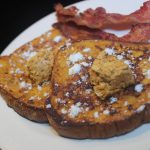 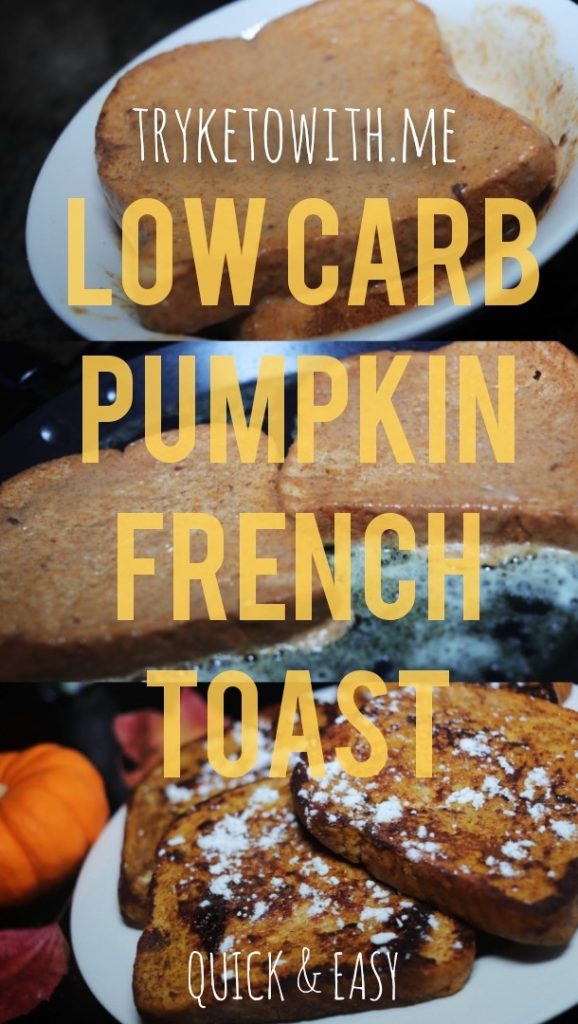