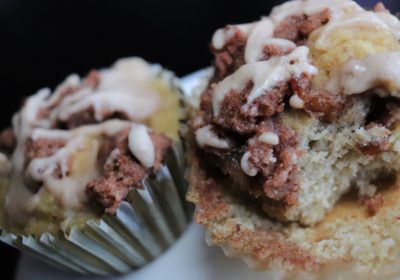 I love breakfast foods, but used to mainly reserve them for weekends in favor of intermittent fasting during the week. Recently though, that’s changed. Between recipes like my keto french toast sticks, baked omelette roll, and now these keto coffee cake muffins, I’ve been eating breakfast a lot more often. A little weekend prep results in quick grab-and-go breakfast options for the week. In the case of this recipe, it also leads to a kitchen that smells like delicious cinnamon streusel!

If I’m being honest, I could probably just eat the streusel from this recipe all by itself. It’s hard to go wrong with a combination of almond flour, cinnamon, butter, and your favorite keto sweetener! I also add a handful of chopped walnuts or pecans for a an extra boost of flavor. Once the streusel is made, just layer it with the coffee cake batter to ensure the perfect combination in every bite. 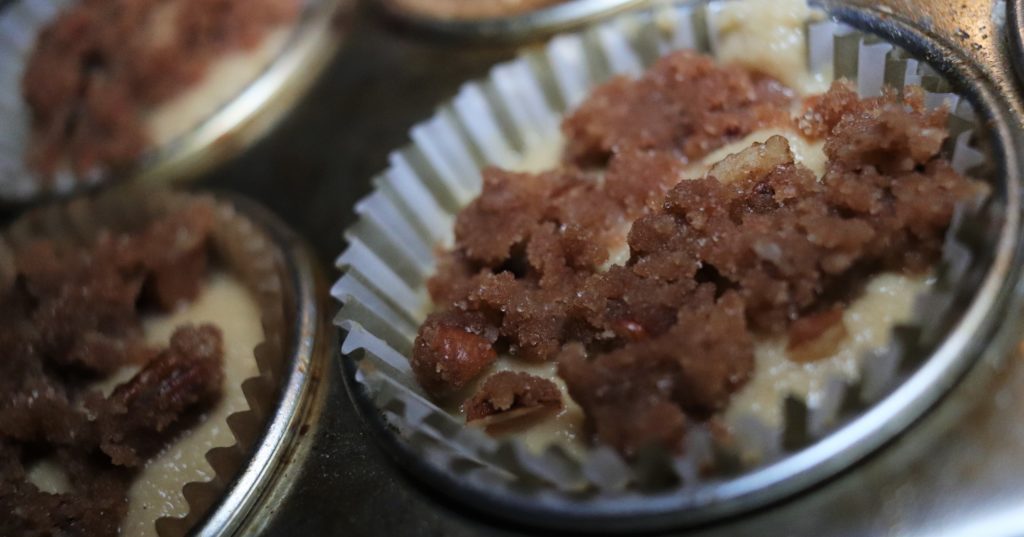 The cake itself has a light vanilla flavor with just a bit of cinnamon. Butter and sour cream keep things perfectly moist instead of dry and crumbly. The middle streusel layer is meant to meld with the cake a bit, but it’s the top layer that really shines. In the heat of the oven, it gets beautifully golden and slightly crisp. Let the keto coffee cake muffins cool for a few minutes once they’re baked, and then drizzle with a simple vanilla glaze.

You could use the same ingredients to make a traditional full-sized coffee cake, but there are advantages to opting for muffins instead. They bake quicker, so there’s less waiting before you can dig in. The layers are easier to manage, so there’s no fighting over the “best” slice. Best of all, these keto coffee cake muffins are cute and already portioned. It makes them perfect for sharing…or just starring in your own personal meal prep! 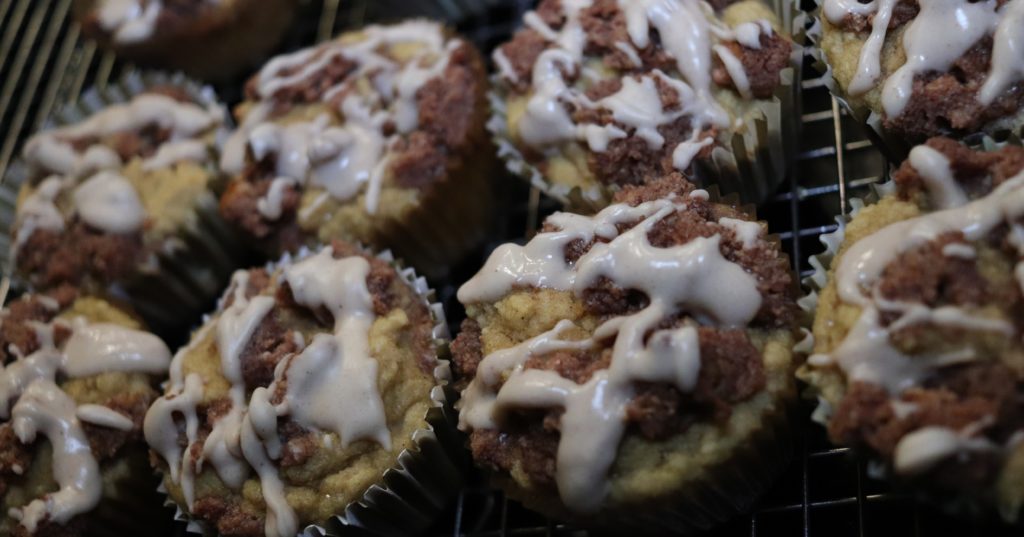 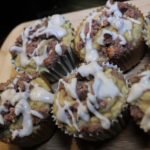 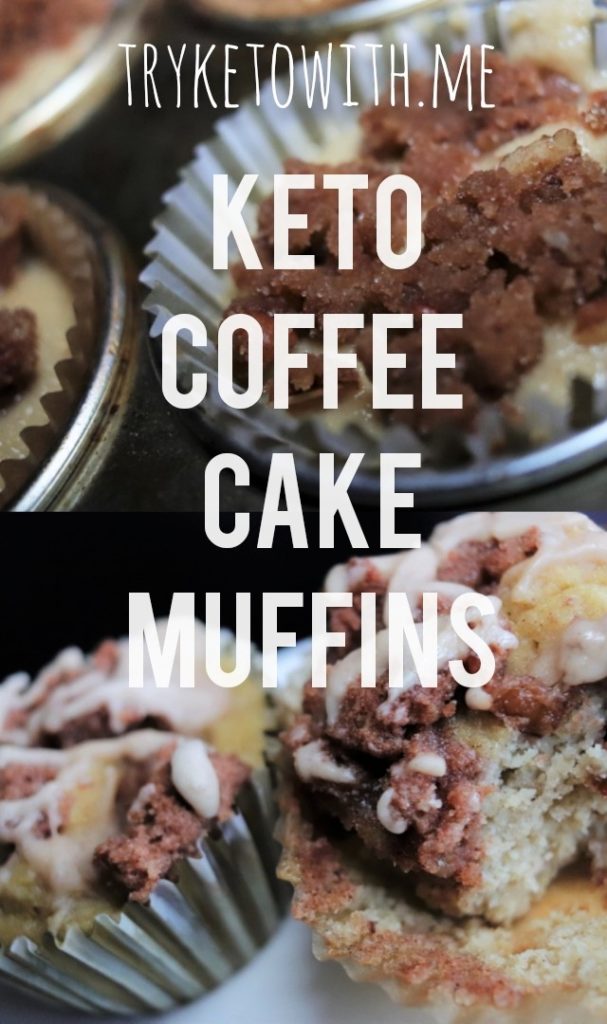