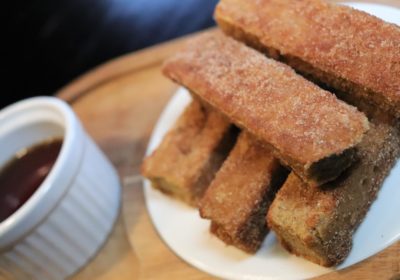 From crunchy cold cereal to breakfast sandwiches, I’ve been able to find or make keto replacements for a ton of my childhood favorite breakfast foods. One things that evaded me for a while though was finding a way to make keto french toast sticks. The main issue has always been finding a good option for the “bread.” While I don’t mind committing a good amount of baking time to something like cheesecake, I don’t have too much patience when it comes to baking bread by the loaf. And while there are some decent premade keto bread options out there now, most of them are sliced too thinly to make the sturdy, dippable keto french toast sticks that I was craving.

So I finally gave in and made some bread of my own, but with a twist! Instead of using a loaf pan, I opted for a much shallower baking dish. That way it bakes up much quicker than a traditional bread recipe. It also makes it easier to get slices that are the perfect size for keto french toast sticks. With the bread baked and sliced, it’s just a matter of dipping, baking, and coating in cinnamon “sugar.” 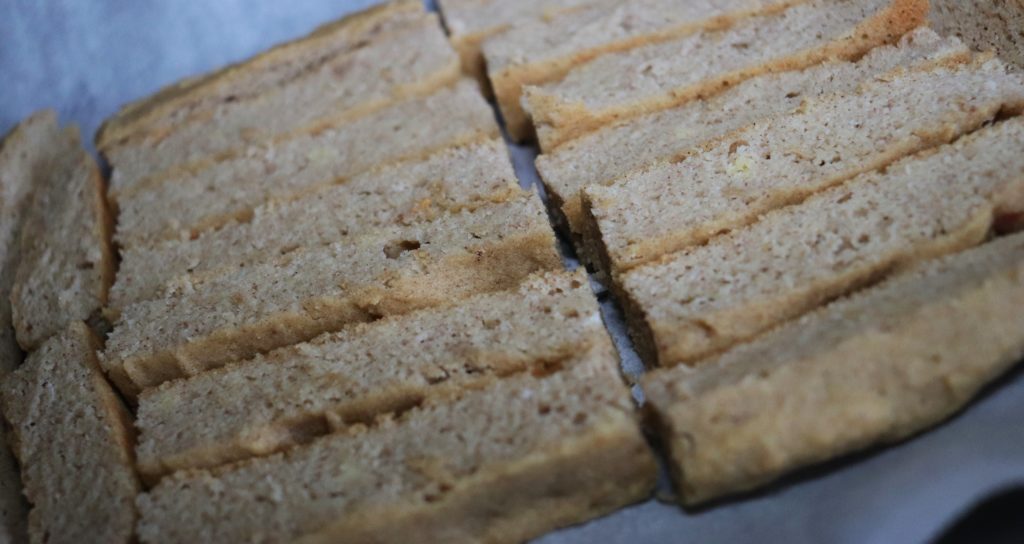 As with most french toast recipes, the bread is dipped in a mixture of eggs, milk, vanilla, and cinnamon. I like to add a little nutmeg and sugar free maple syrup for extra flavor. To make sure the bread can soak up the egg mixture without getting soggy, it helps to bake it the night before. You can also pop it in the oven briefly after slicing for the same effect. The point is to get the bread a little drier than it would be fresh out of the oven.

I usually fry traditional french toast on the stove, but baking works better for these keto french toast sticks. You can cook them all at once instead of working in batches so the results are more consistent. Brushing with butter makes sure they still get nice and golden brown. The final touch is a quick dip in cinnamon “sugar” just like the ones I ate as a kid. Lakanto is still my go-to keto sweetener, which you can find on Amazon or direct on their website for 20% off with the code TRYKETO. 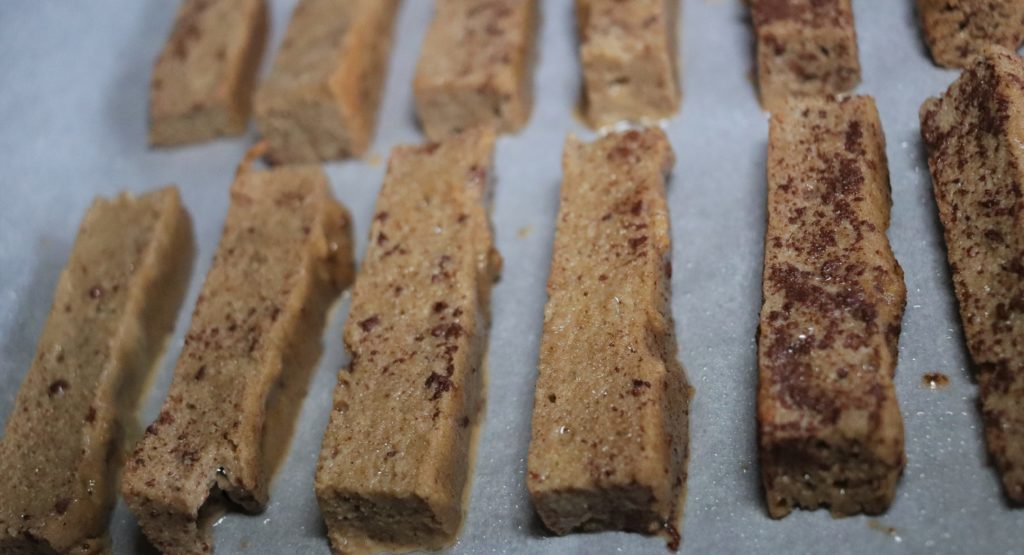 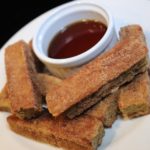 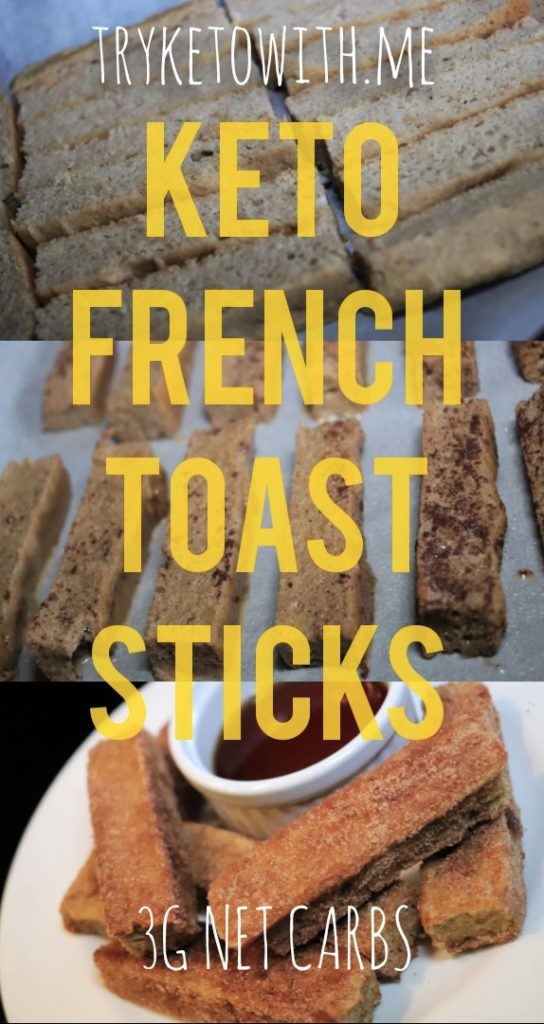