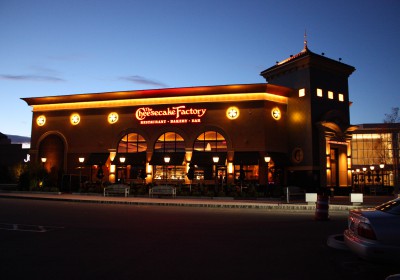 Hi, and welcome to my little keto corner of the internet! If you’re looking for an explanation of what a keto diet is, then there are probably people much more qualified than me to educate you. But if you want a peek at what keto is to me, then I think you’re in the right place.

I started eating keto in January 2015. My reasons for turning to the low carb side are probably different from of lot of other people’s. Sure, I was at the highest weight that I had ever been, but I also knew why my “freshman 15” had turned into the freshman 50: stress led me to overeat, and bouts of depression meant I preferred sitting at home playing video games to going out and being active.

I also knew that I could lose weight the “traditional way.” My previous diets had always been carb-heavy— fruit smoothies and whole grains were staples —but they worked for me.

So why keto? Honestly, I have no idea. One night I was reading the Wikipedia page about low carb diets (as I had several times before), and the next day I decided, “Let’s do this!”

Truth be told, I didn’t expect to last long. I had long ago given up sugary drinks, and I figured I’d be giving up most desserts regardless of what kind of diet I tried…but fruit? Milk? Oatmeal? These were supposedly healthy foods that I loved, and now I had to give them up. Bacon was fine, but a banana wasn’t.

I planned a cheat meal for 30 days in, figuring that I’d be happy with myself if I stuck with it that long and lost a few pounds while I was at it. I figured that, if nothing else, it would make the transition to a traditional calorie-restriction diet feel like a cakewalk (no pun intended).

And thanks to some of the awesome keto resources out there on the internet, I made it through those thirty days. Eating keto was a big change, sure, but not a soul crushing one. As someone who likes to cook, getting to try a bunch of new recipes was fun! And I got to eat bacon, and cheese, and other rich, salty foods almost guilt-free!

And, although I’m sure plenty of it was water weight, I lost a pretty cool 12 pounds.

So when the 30 day mark came, I was excited. I walked into The Cheesecake Factory and ogled the goods while we waited for a table. Fried Mac and Cheese? Kahlua Cocoa Coffee Cheesecake? I couldn’t have picked a better place for a treat meal!

But then something weird happened. I looked through all of the delicious sounding options on the menu…and when the waiter asked for my order, I couldn’t believe the words that came out of my mouth:

“Can I have the steak, please? And instead of the mashed potatoes, could I have a side of spinach?”

I didn’t want the spicy chicken chipotle pasta, or the burrito grande. I wanted a steak and some freaking veggies! (I did have a few bites of the low carb cheesecake later on, though, so there’s that…)

In any case, my one month keto trial period turned into two, and then three, and then more. I figured I’d stop whenever I got sick of it, whenever the lack of options became too tedious, the specialty ingredients too expensive, or the carb cravings too strong.

More than six months and fifty pounds later, here I am, still keto-ing along. Hopefully some of the tricks, tips, and recipes on this blog will encourage someone else out there to Try Keto With Me.

Because no carbs doesn’t mean no fun