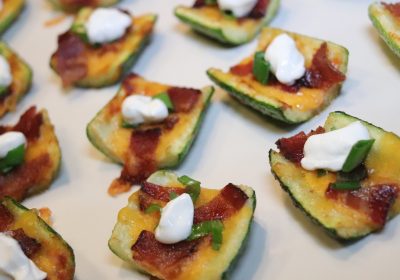 I was never a fan of potato skins pre-keto, but when I spotted some on a neighboring table at a restaurant the other day, they looked super appetizing. Maybe it was the cheese and bacon? It was probably the cheese and bacon. I came home wanting to make a low carb potato skin replacement, and ended up with these loaded keto zucchini skins.

I know that cauliflower is often the go to keto potato substitute, but zucchini seemed like a better fit here. For one, zucchini actually has “skin” which seems pretty relevant. Secondly, its milder flavor and softer texture are more similar to potato when baked. Best of all, it cooks pretty quickly. You can have these keto zucchini skins ready to go in less than half an hour! 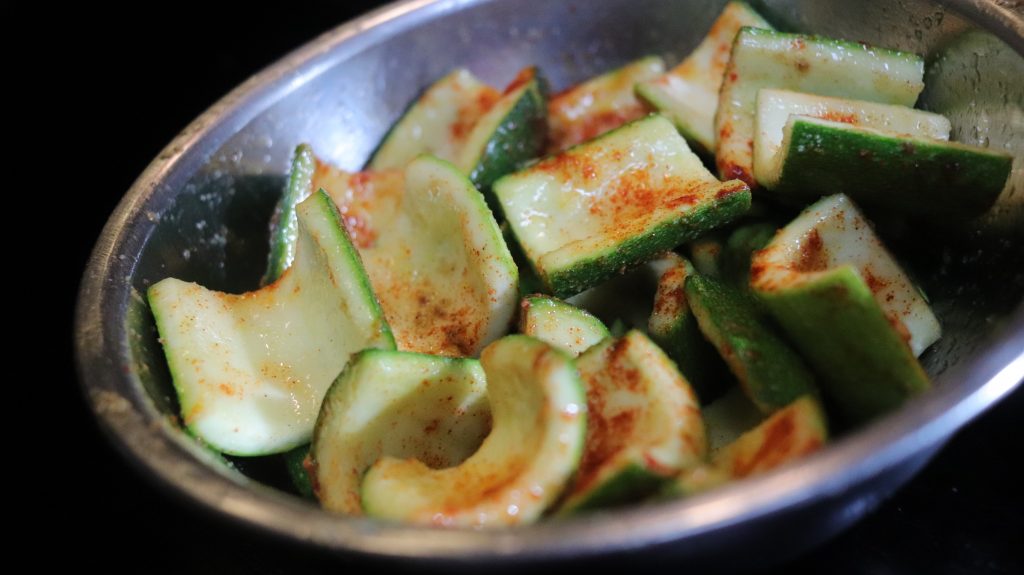 The key to getting perfect keto zucchini skins is prepping the zucchini properly. Obviously, you’ll want to scoop out the seeds. But after that, a sprinkle of salt and a bit of resting time will help to draw the excess moisture out of the zucchini. This will keep it from turning into mush in the oven. Just make sure to ditch the water that accumulates before tossing with the oil and spices!

A couple of final notes on this low carb potato skin replacement. You can adjust the number of slices per zucchini depending on size. The nutritional information below is based on 4 servings of six pieces each. Do feel free to scale up or down as needed, keeping in mind that keto zucchini skins are best served fresh rather than reheated.

Looking for other keto side dishes with bacon? Try this keto bacon and blue cheese slaw. 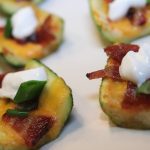 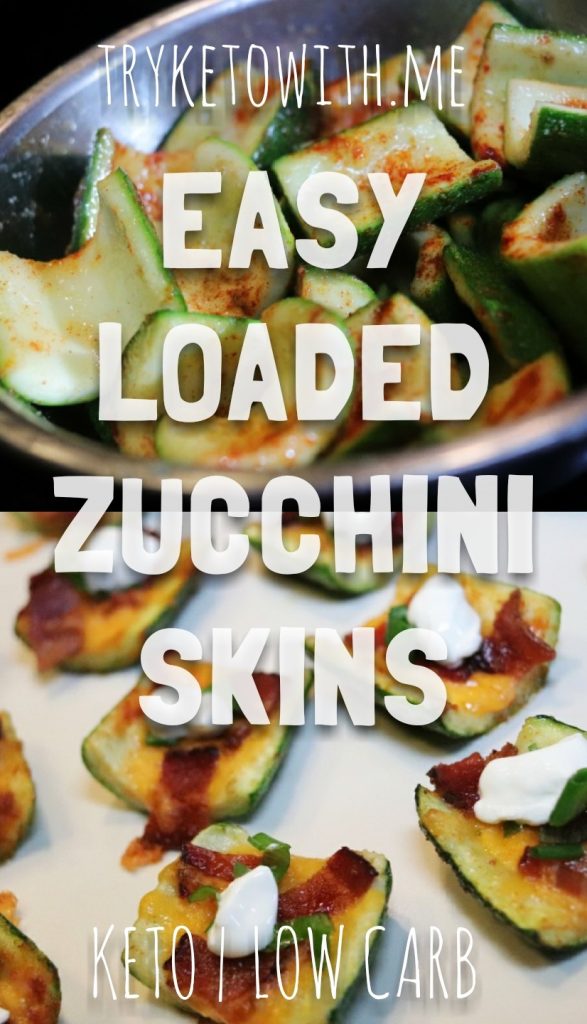