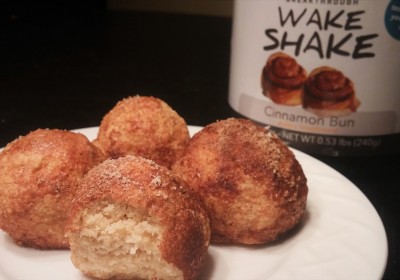 Since being keto, I’ve found that protein powder can be a really interesting ingredient to work with in cooking and especially in low carb baking. It can do everything from adding extra protein (obviously) to creating a fluffier texture or more “rise” in a finished product. Usually I like to use a minimal whey powder for cooking to minimize the chances of interaction with another ingredient, but I definitely had to make an exception when it came to this Cinnamon Bun flavored WakeShake powder.

The grassfed butter adds richness (plus yummy fats!) and the cinnamon roll flavor was begging to be made into a sweet treat. With the help of a handful of other ingredients, I managed to create just that! 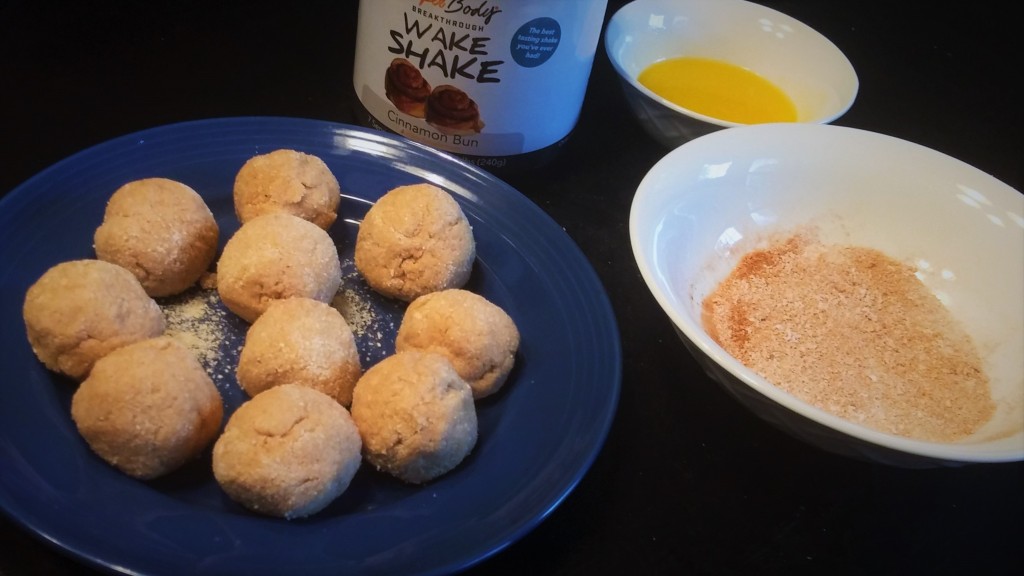 These low carb doughnut holes are baked instead of fried, but they still have that familiar crisp outside combined with a nice, fluffy inside. The WakeShake adds a yummy cinnamon-y flavor throughout, plus a boost of collagen and fiber. Made with grassfed butter and pasture-raised collagen protein, WakeShake is pretty different from other protein powders, and I think that’s key to the taste and texture of these. 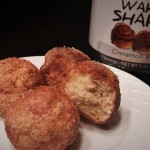 I hesitate to call these doughnut holes since they are baked instead of fried, but that doesn’t change the fact that they are super tasty and easy to make! PS: Don’t have WakeShake? You can pick some up for 10% off when you use the code TKW10 at Superbody Breakthrough. 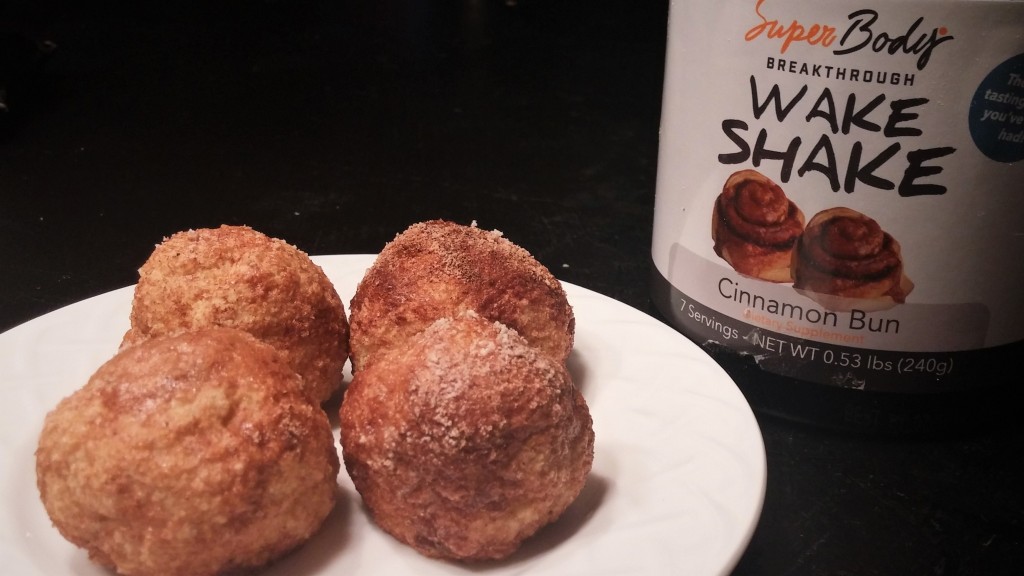 Tonight's #keto dinner is bbq #ribs with a side of