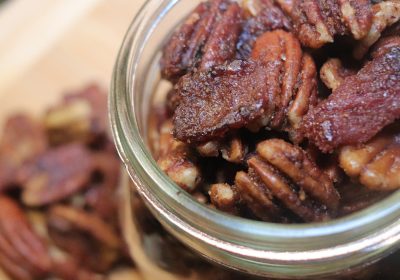 Keto or not, certain flavor combinations just work well together. Sweet and salty. Cinnamon and spice. This keto candied pecans recipe combines them all for the best of both worlds. Pecans are already a great low carb snack, and especially convenient when you’re on the go. If you have a little time though, preparing them with some crispy bacon pieces, keto sweetener, and flavorful spices really takes them to the next level. Best of all, they aren’t too much hassle to make!

These keto candied pecans are made on the stove rather than in the oven, which helps cut down on the time required. First, dice up some bacon and get it crisping in a skillet. When it’s almost done, add in the pecans and toss to coat. The bacon fat adds flavor and also helps the seasoning to coat the pecans in the next step. The spice blend is a mix of sweet (from Lakanto Golden), warm (from cinnamon and nutmeg), spicy (from cayenne and black pepper) and salty. 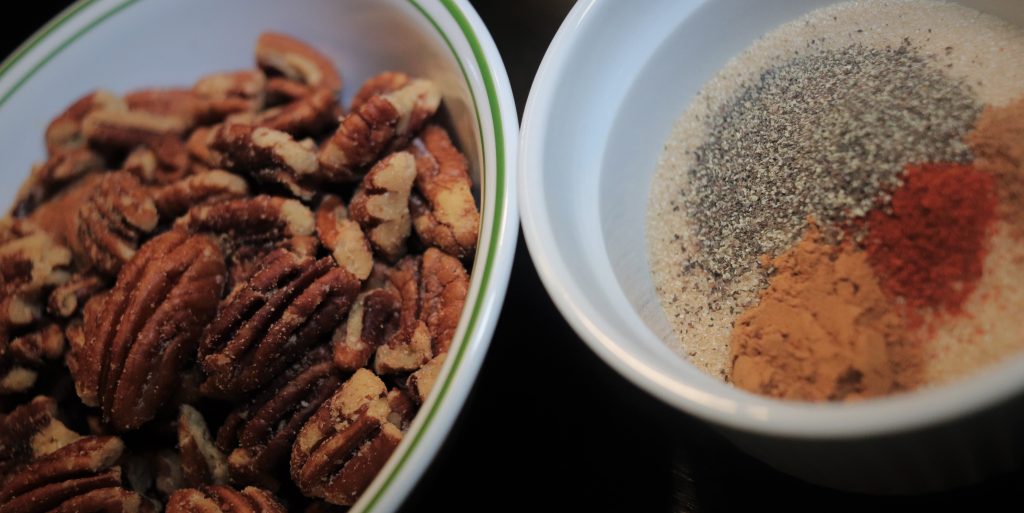 Enjoy these keto candied pecans and bacon alone as a snack, or use them to top your favorite keto breakfasts and/or desserts. They are great on keto pancakes or waffles with sugar free syrup. You can also use them to top low carb ice cream or cupcakes. Depending on how you plan to use them and the ingredients you have, it’s easy to change the flavor balance too. Taste the pecans just before cooling, and adjust as desired with more cayenne, cinnamon, and/or salt. 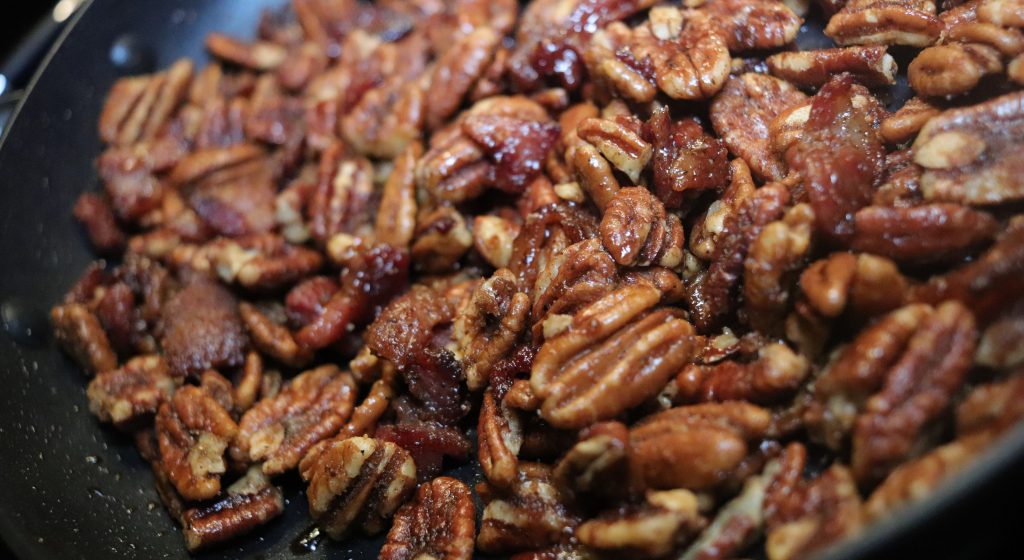 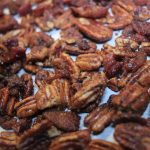 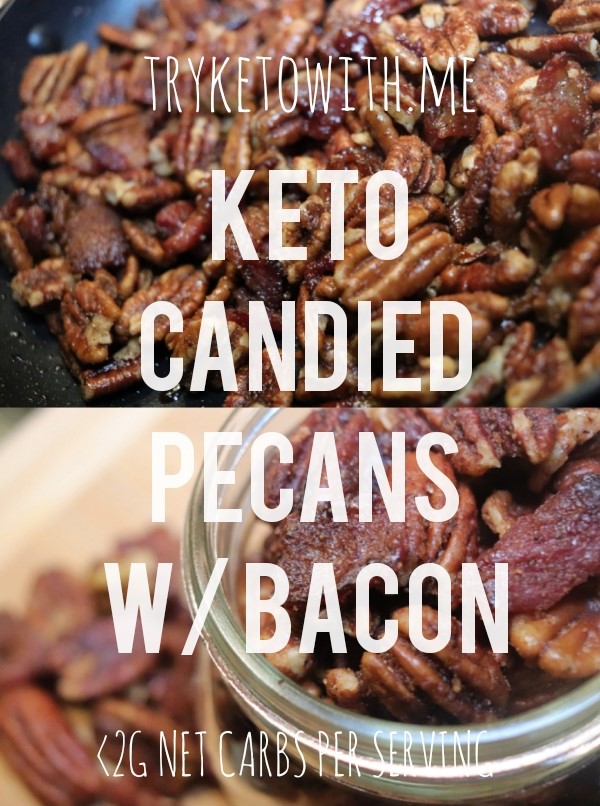